Share a memory
Obituary & Services
Tribute Wall
Read more about the life story of Eva and share your memory.

We regretfully announce the passing of our mother, Eva Lee Arbuckle- Armstrong Turnbull 81 on Friday, June 17, 2022. Eva passed away of natural causes at her home in Poquoson, Virginia

Eva was born in Owensboro, Kentucky on August 19, 1940, to her biological parents Dorothy and Lemon Arbuckle. Eva unfortunately lost both of her parents in the next few years. She was adopted by the loving Armstrong family at nine years of age. The Armstrong's, Father, Lynn Baines Armstrong, Mother, Liddah (Lewis) Armstrong, and Sister, Linda Armstrong Kessler chose Eva for their family and brought Eva to live her winters out in Detroit, Michigan and the summers in Flatwoods, Tennessee.

After graduating from Lincoln High School in Warren, Michigan, she attended and graduated from Freed Hardeman University in Henderson, Tennessee.

In 1961, after graduation, Eva moved to Columbus, Ohio where she met and fell in love with a young USAF airman, Duane Edward Turnbull (1944-2019) they were married for 22 years. As a USAF wife, Eva traveled the US/world. In the early 1970s, she had two children, a daughter Tami Lee Turnbull (Thomas) and a son Timothy Tyler Turnbull (Joi). Throughout the next 15 years, as a USAF wife, she lived in many different locations and met many, many friends and loved ones.

Eva first worked Civil Service for the US Government as they were always pulling up stakes every few years to relocate and later as a single mother in Dayton, Ohio she joined Computer Science Corporation (CSC) where she worked for over 20 years, transferred to Hampton Virginia, and later retired.

In her 40s Eva took up clogging, biking and would ride for 20+ miles on the weekend with friends. She loved music and had a great group of friends and continued to travel with friends and with her 2 children throughout her 50s.

In 1995 she settled in Poquoson Virginia where she resided for the rest of her time on earth. We will miss her greatly.

Eva was predeceased by her parents Lynn and Liddah Armstrong. She is survived by her children Tami and Tim and their spouses.  Four (4) grandchildren, Krysteena, Sophia, Adelia, Mackenzie, and one great-grandson, Nikoli Danger, also survive her.  Being a grandmother was one of the most important parts of Eva’s life, a role that gave her much pride and joy.

Eva is also survived by her sister Linda Kessler. She leaves behind many beloved nieces and nephews.

Though Eva’s song has ended …..her melody will live on in her family and friends.

We are working on getting a memorial planned and will update the memorial website with that info as soon as we have it.

To send flowers to the family or plant a tree in memory of Eva Lee (Arbuckle-Armstrong) Turnbull, please visit our floral store. 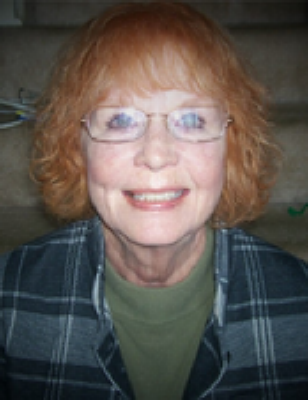 You can still show your support by sending flowers directly to the family, or by planting a memorial tree in the memory of Eva Lee (Arbuckle-Armstrong) Turnbull