Share a memory
Obituary & Services
Tribute Wall
Read more about the life story of Ronald "Ronnie" and share your memory.

Ronald Lee “Ronnie” Diggs, 74, passed away, Thursday, August 11, 2022. Ronnie was a lifelong resident of Poquoson and life member of Trinity United Methodist Church.
He had an extraordinary sense of humor; he could definitely be the life of the party! When he was with all the family and good friends there would be guaranteed laughter and jokes! We know with all the loved ones that have passed that there is a party going on in Heaven right now!
Ronnie worked as a nuclear pipefitter at the Newport News Shipyard and Drydock Company for 11 years, then he was a plumber for a maintenance contractor for NASA, and later went into fire protection also at NASA for a combined total of 27 years. He worked closely with the NASA safety program and Hampton Fire Department and received acknowledgements from the company for his contributions. Ronnie was well like and respected by his peers. He retired in 2005.
Ronnie was an athlete. He played sports for Poquoson High School and was recognized for his accomplishments playing Football, as a running back, basketball, and baseball. He was offered a partial scholarship to the University of Tennessee but turned it down to stay in Poquoson.
He coached the youth league “Seniors” division for several years. He enjoyed jogging for miles daily. All the neighborhood knew him as “the runner”. Ronnie also participated in the Old-Timer’s Softball League where he was one of the assistant commissioners for several years. He loved golfing. Ronnie and his friends could be found on a golf course on most Sundays. He loved to fish and owned a boat for most of his life. A love he acquired from his childhood. Ronnie loved gardening. On the day of his passing, he wanted to “go outside and pick tomatoes!” His lawn was immaculate. He was known around the neighborhood because his lawn looked like a well-groomed golf course.
Ronnie is preceded in death by his father, James Council “JC” Diggs, Jr.; mother, Lois Spence Diggs, and brother, James Council “Jimmy” Diggs, III. He is survived by his loving wife of 53 years, Judith Little Diggs; children, Robin Diggs (Michael) and Ronnie Diggs, Jr. (Tabitha); grandchildren, Haley Gray, Shaylin Diggs, Braylon Montgomery, Trenton Montgomery and Landon Diggs, Great-grandchild, Eleanor Brown; brother, Douglas Diggs (Patty) and well as many other loving relatives and dear friends.
A celebration of Ronnie’s life will take place 6 p.m. Wednesday, August 17th at Claytor Rollins Funeral Home, Poquoson presided by Pastor Buddy Chapman. Ronnie’s family will receive friends at the funeral home immediately following the service until 8 p.m.
In lieu of flowers the family has asked that contributions be made to either the Poquoson Volunteer Rescue Squad or the Volunteer Fire Company.

To send flowers to the family or plant a tree in memory of Ronald "Ronnie" Lee Diggs, Sr., please visit our floral store. 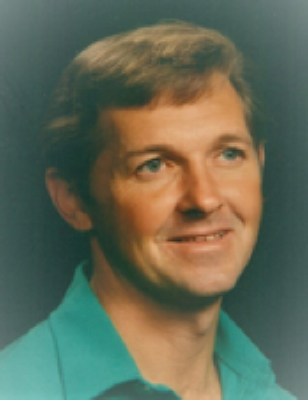