Share a memory
Obituary & Services
Tribute Wall
Read more about the life story of Stuart and share your memory.

Stuart Owen, 74, went to be with the Lord on Wednesday, July 6, 2022, after a courageous battle with cancer. A native of Poquoson; Stuart left in 1968 to pursue a career, but returned with his family to his hometown in 1991 where he has been ever since. He retired from Foot Locker in 2003, after 37 years and went from a part-time waterman (1991-2002) to a full-time waterman 2003 through 2021. Stuart is a member of The Church of Jesus Christ of Latter-Day Saints where he served in many capacities including Bishop for 5 years. He enjoyed being on the Chesapeake Bay, pulling his crab pots and fishing his nets, and an occasional game of pool. He loved spending time with family. Stuart was a man of many titles, but his favorite was given to him by Luke – “Popa”, aka “Paw Paw” to his older grandchildren.

A funeral service will be held 12 p.m. Friday, July 8th at the Poquoson Chapel of The Church of Jesus Christ of LatterDay Saints, 113 Sinclair Lane, Yorktown, VA 23693, with the burial following at 2 p.m. at Williamsburg Memorial Park Cemetery, 130 King William Drive, Williamsburg, VA 23188. Those wishing to attend the burial, please be aware that everyone will be driving separately from the church to the cemetery.

In lieu of flowers, memorial contributions may be to The Chesapeake Bay Foundation.

To send flowers to the family or plant a tree in memory of Stuart Owen, please visit our floral store. 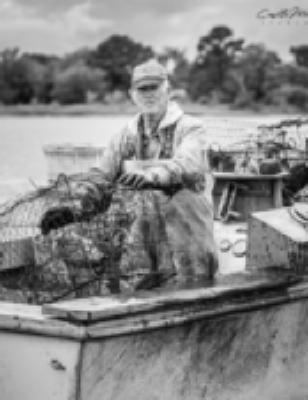