Share a memory
Obituary & Services
Tribute Wall
Read more about the life story of William and share your memory.

William Rodophus (Dolly) Pauls Jr. 91, went to be with the Lord on Monday, July 11, 2022. Born June 15, 1931, in Messick Virginia and lived his entire life on the peninsula. He went to work at Newport News Shipbuilding at the age of 17, as an Apprentice Shipfitter, he took a short sabbatical and joined the Navy and then returned to the shipyard to resume his apprenticeship; however, he told the Apprentice School that he would only return if they changed his trade to Outside Machinist. He retired from the shipyard in 1997, serving in many positions culminating as a Construction Superintendent in the construction of Nuclear-Powered Submarines. Dolly was a lifelong outdoorsman and enjoyed hunting and fishing, a passion that was instilled in his children. He was a member of Pinewood Hunt Club. He was a charter member of Menchville Baptist Church where he attended until his passing.
William was preceded in death by his wife, Lois Amburgey Pauls, his parents, William R. (Dolly Boy) and Virginia Florence (Insley) Pauls, and a brother, Gilbert E. Pauls. Surviving family members, a daughter Linda Mesibov and husband Dave; sons, W.R. (Bill) Pauls, Ill, Bruce G. Paulsand wife Jenny, Mark Pauls, and wife Mary Anne. Grandchildren, Rod Pauls IV and wife Crystal, Phillip Pauls and wife Sarah, Courtney Vazquez and husband Henry, Katie Honaker and husband Josh, Brittney Pauls, Annaliese Mathews and husband Riley, Bruce G. Pauls Jr., and Mark Mesibov. Six great Grandchildren, Quinn, Kyle, Colby, Jaidan, Will, and Theo.
The family will receive friends on Wednesday July 13, from 6:00 until 7:30 PM, at Claytor Rollins Funeral Home, Poquoson, and other times at home, 3 Key Oak Drive. A celebration of life will be held on Thursday July 14 at 1:30 PM at Menchville Baptist Church, in Newport News, by Pastor Jim Weston Jr. Burial will follow at 3PM at Parklawn Memorial Park, Hampton. Memorial contributions may be made to Menchville Baptist Church in his honor.

To send flowers to the family or plant a tree in memory of William Rodophus Pauls, Jr., please visit our floral store. 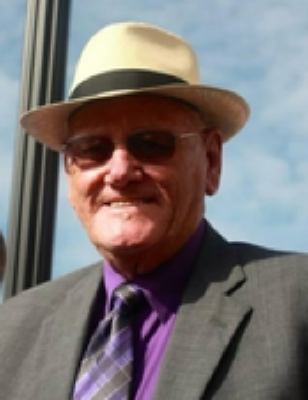